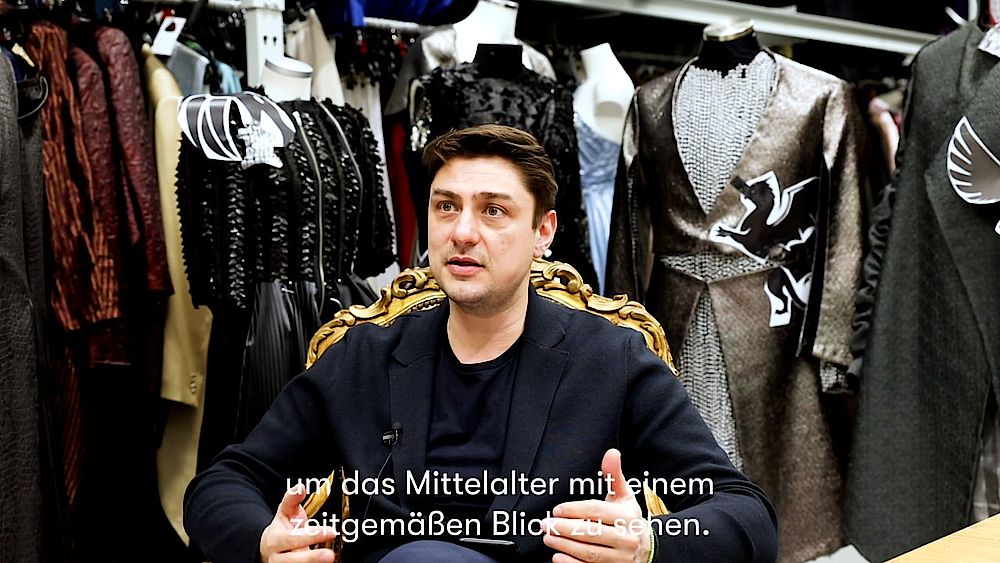 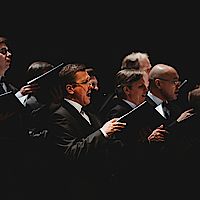 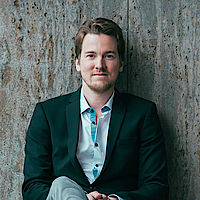 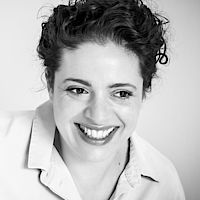 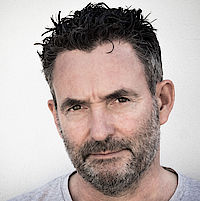 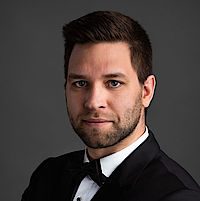 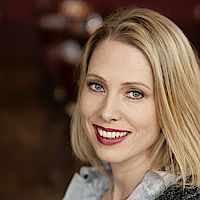 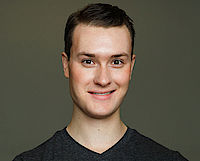 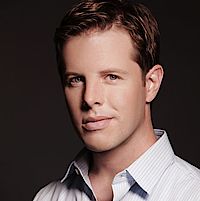 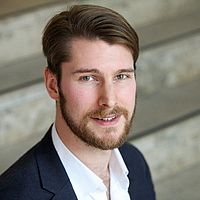 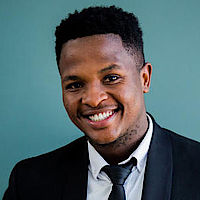 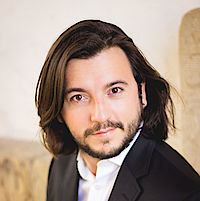 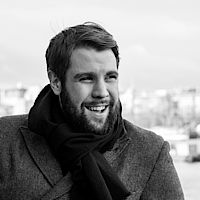 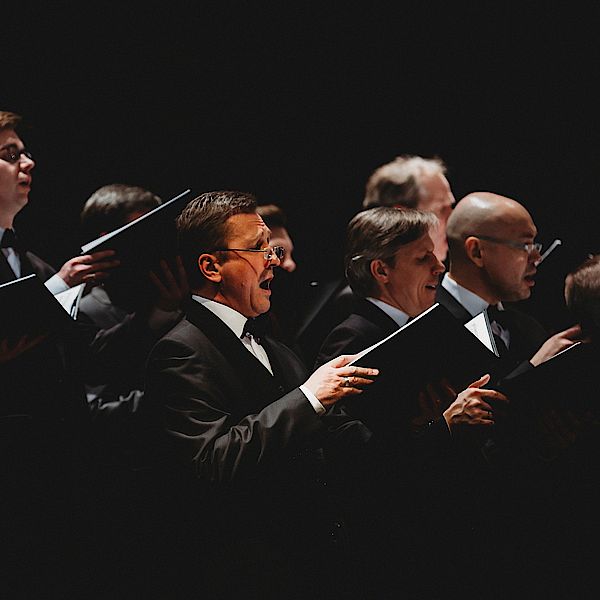 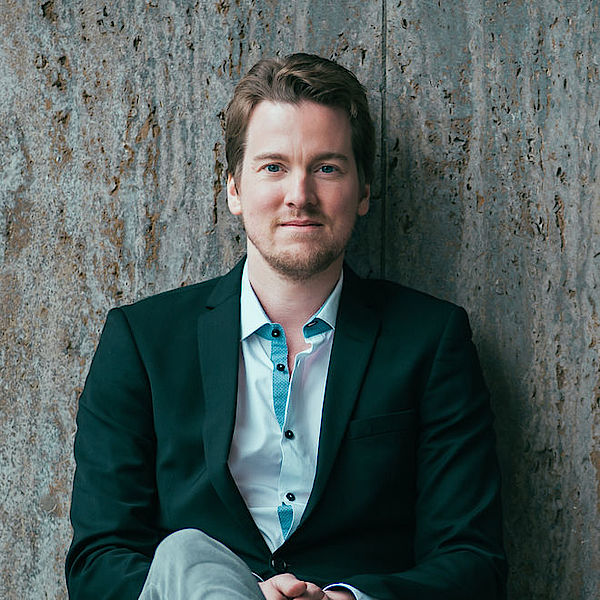 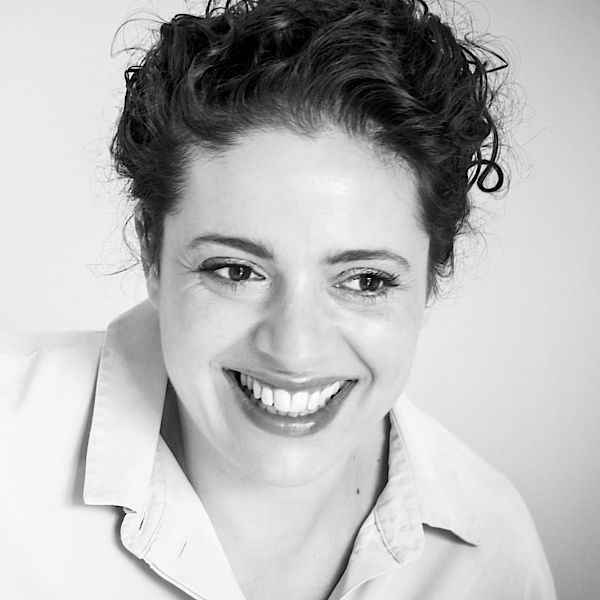 Rodula was nominated "Director of the Year" in the 2019 International Opera Awards. Her Opera Hedeland production of Lucia di Lammermoor was nominated for "Best Opera Production" in the CPH Awards (Denmark 2019). Her productions of Massenet's Don Quichotte and Barber’s Vanessa for the Wexford Festival Opera were both nominated in the Irish Times Theatre Awards in the “Best Opera” category (Ireland 2020 and 2017). She was nominated for two Helpmann Awards (Australia 2013) in the "Best Opera Director" and "Best Opera Production" categories for her production of L'isola disabitata presented at the Hobart Baroque Festival.

Rodula is a former member of the Jette Parker Young Artists Programme at the Royal Opera House, Covent Garden. She trained as a violinist at the Mousikoi Orizontes Conservatory in Athens, studied Musicology at La Sorbonne University in Paris, Opera Staging at Paris 8 - Saint Denis University and joined the Laboratoire d'Etude du Mouvement of the prestigious International Theatre School Jacques Lecoq. 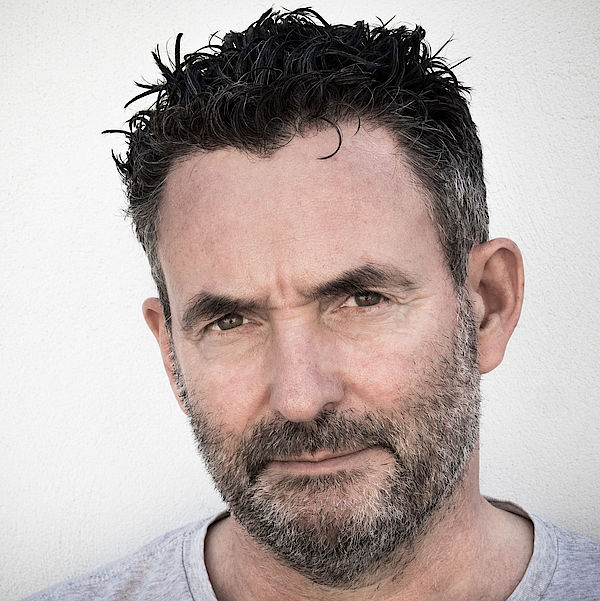 Award-winning designer Simon Corder left school in 1978 and joined the circus as a ring boy.

1988-1994 Simon created lighting for the Night Safari attraction in Singapore, the first night-time zoo in the world – since visited by over twenty million people. He went on to light the second, in Guangzhou, which opened in 2000. He has worked as a designer and consultant for Yerevan Zoo, Armenia; Jardin Zoologique de Rabat; Paignton Zoo, Cornwall; Night Safari, Xiamen; Taipei City Zoo; Twycross Zoo, England. Currently, he is a regular advisor and designer at Artis Zoo Amsterdam, and he is revising the light installation of Night Safari, Singapore.

Theatre includes productions for: The Bush Theatre; Lumiere & Son; The Lyric Hammersmith; The National Theatre; Peter Hall Company; Royal Shakespeare Company; Royal Court. His work has appeared several times in the West End, and he was nominated for an Olivier Award in 2004.

Dance productions include set and lighting for The Featherstonehaughs and The Cholmondeleys 1994-2010, and several site-specific works with Stephen Koplowitz in Britain and Germany. In 2009 and 2011 he designed set and lighting for dance-theatre pieces for Jochen Ulrich at the Landestheater, Linz.

Simon makes his own installation and artworks including fluorescent pieces Bough 1 (London, 2004) – winner of the Lighting Design Awards 2006 ‘special projects’ category; Bough 2 (Glasgow 2006); Winter Garden (Durham 2009). Standing Still (2002) was a night walk through the ancient oaks of Sherwood Forest. Cascade (2006) was a site-specific event in and around the Cascade at The Alnwick Garden, commissioned for a world cultural summit. Fogscape #03238 was made in collaboration with Fujiko Nakaya for the Lumiere Festival in Durham (2015). Bough 3 was a new commissioned fluorescent piece for Lumiere London (2018). 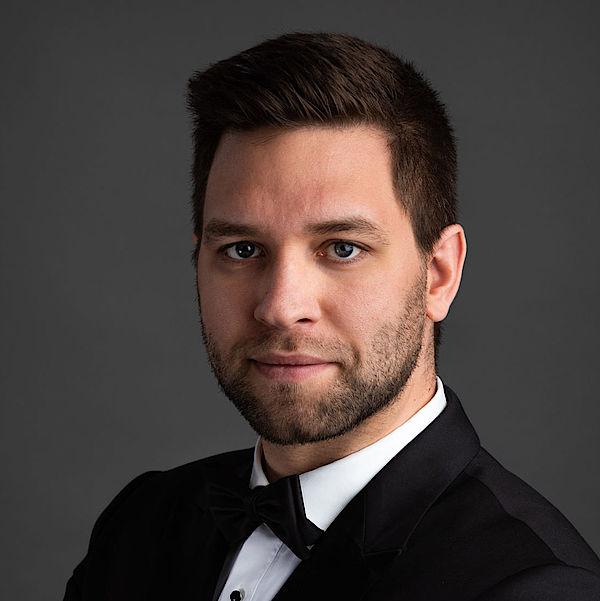 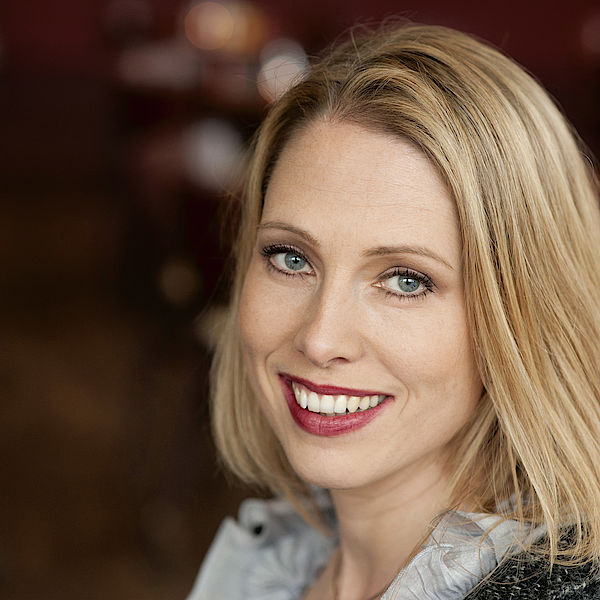 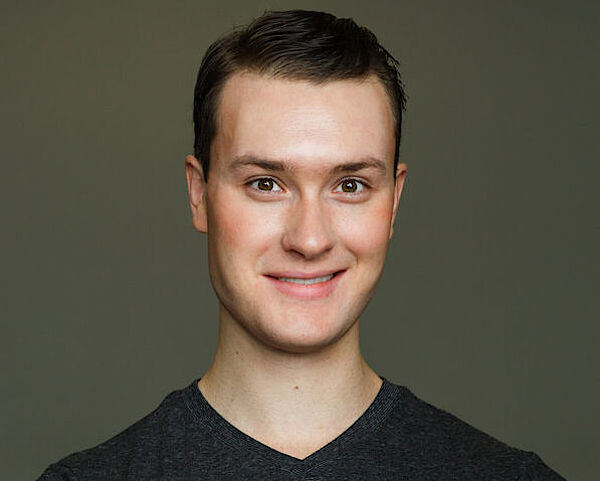 Praised for his “rich vibrant bass” (Opera Today) and "charismatic [and] exhilarating comic flair" (Boston Musical Intelligencer), William Meinert is a 2021 Studio Artist with Atlanta Opera, where he will debut this season as Curio in Giulio Cesare and Fiorello in Il barbiere di Siviglia. He is a recent graduate of the Cafritz Young Artist program at Washington National Opera, where he performed Sarastro in The Magic Flute and the Secret Police Agent in The Consul. He recently debuted at Santa Fe Opera as Snug in A Midsummer Night’s Dream and covered Gremin in Eugene Onegin. He joins the National Symphony Orchestra and American Bach Soloists later this season.

A Master of Music graduate of Peabody Institute, William is also co-founder of Parea Series—a digital performance series combining music, innovative theater, and lively discussion—in which he is not only a principal performer but responsible for filming, video editing, and lighting design. 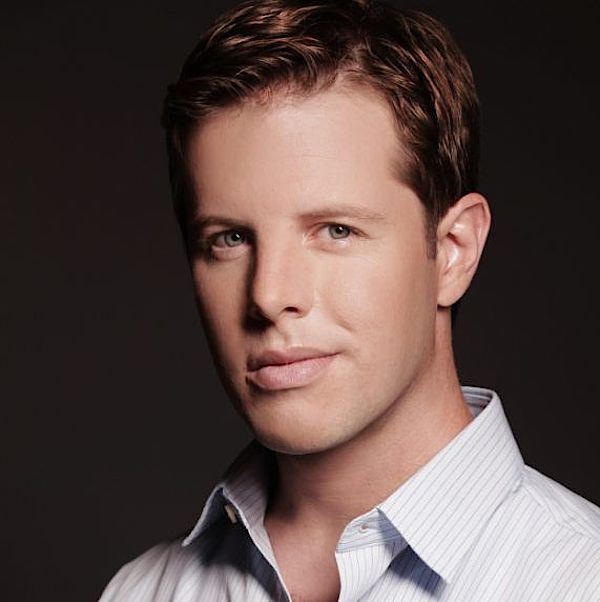 Featured by Opera News as one of their ‘25 Rising Stars’ (October 2015), tenor Andrew Bidlack’s recent highlights include his 2016 Metropolitan Opera debut as Beppe I Pagliacci, performances he was invited to repeat in 2018; the principal tenor role in Iain Bell’s world premiere In Parenthesis at Welsh National Opera with performances at Covent Garden in 2016; and the role of Sprinck in Kevin Puts’s Nobel Prize winning Silent Night at Arizona Opera. Other recent successes include his performances as Tony West Side Story at Atlanta Opera, Lyric Opera of Kansas City and Liepāja Symphony Orchestra, Latvia; the role of Lyonnel Le Roi Arthus at Bard Summerscape; and the role of Rob Hall in Joby Talbot’s celebrated Everest, a role he inaugurated at Dallas Opera and sang at Lyric Opera of Kansas City, Calgary Opera, Austin Opera, Chicago Opera Theater—a concert recording is scheduled with the BBC Symphony Orchestra at London’s Barbican Theatre in a future season.  Other future engagements include his return to Dallas Opera in The Diving Bell and the Butterfly; as Camille The Merry Widow at Opera Idaho; Carmina Burana with the New Choral Society; and Steven Kodaly She Loves Me at Madison Opera.

Renowned for his interpretation of new roles in contemporary opera, Andrew has appeared in many world premieres, including Bell’s Stonewall as Andy at New York City Opera; he workshopped Greenhorn/Ishmael in the developmental production of Moby-Dick at San Francisco Opera and later performed the role at Dallas Opera and Chicago Opera Theatre; he inaugurated Tancredi The Inspector (John Musto) at Wolf Trap; he created the role of Charles Carter in Thomas Pasatieri’s The Hotel Casablanca, he developed the role of Christopher Morcom in The Life and Death(s) of Alan Turning (by Justine Chen and David Simpatico) for American Lyric Theatre. Other contemporary roles include The Young Collector A Streetcar Named Desire with Renée Fleming in his debut with Lyric Opera of Chicago also at Carnegie Hall; Ricky Ian Gordon's "27" as Pablo Picasso and Irving Tashman in the premiere of Gordon’s Morning Star; the role of Sandy The Lighthouse at Dallas Opera; at Des Moines Metro Opera he sang highly lauded performances as Bill Flight; in several productions of Florencia in el Amazonas Andrew sang the role of Arcadio, and he has appeared in the title role Candide.

Other international engagements include his appearance as A Guest The Saint of Bleecker Street at the Spoleto Festival in Italy, which was recorded and released under the Chandos label; the role of Oronte Alcina in Chile and Damon Acis and Galatea in Macau.

Concert performances include the tenor solos in Handel's Messiah, Mendelssohn's Elijah, Haydn's Creation, and Mozart's Requiem.  He made his Carnegie Hall debut singing the solos of Bach's Weihnachts Oratorium, and sang the tenor solo in Orff's Carmina Burana with both the South Dakota Symphony and the Milwaukee Symphony under the baton of Andreas Delfs.  His recital appearance alongside soprano Ava Pine was well-received by public and critics alike. 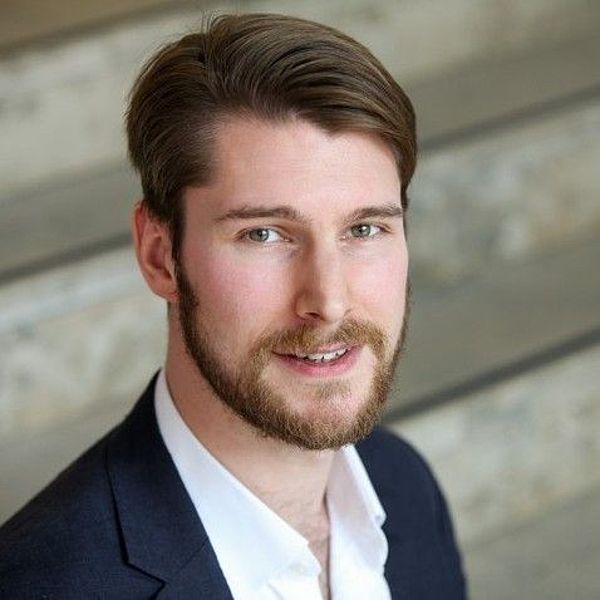 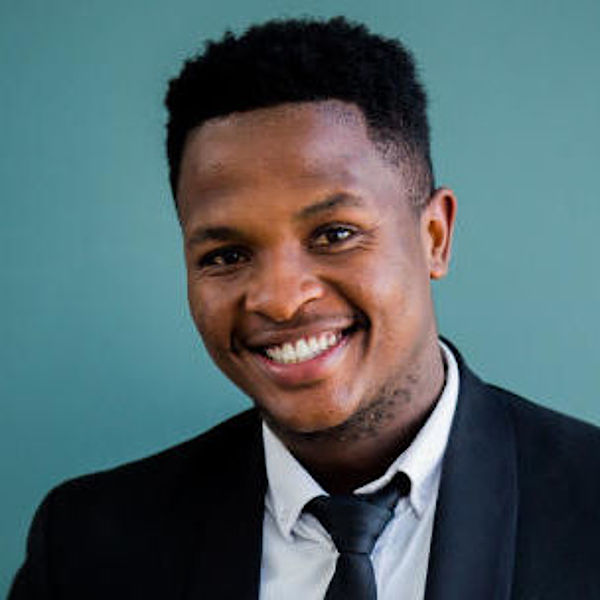 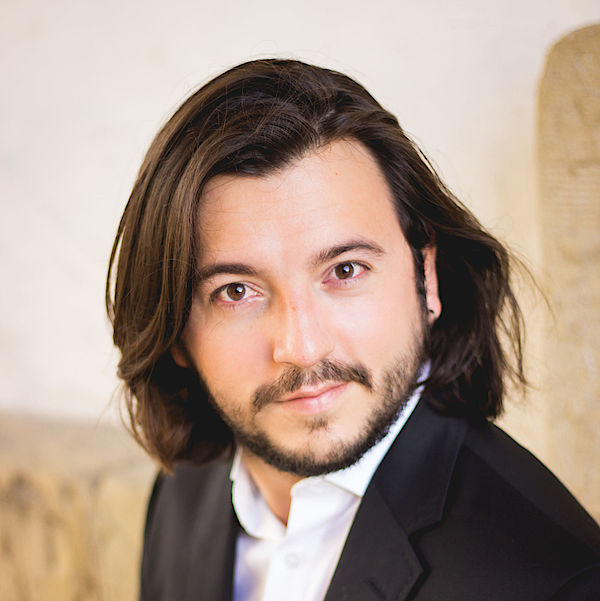 Born in Bogotá, Colombia, tenor Carlos Cárdenas received his bachelor’s degree in music education from Universidad Pedagogica Nacional in 2014. He attended University of Notre Dame’s Sacred Music Program, where he studied with soprano Kiera Duffy. Mr. Cárdenas received third place in the 2012 National Singing Competition of the Philharmonic Orchestra of Bogotá, as well as the 2016 Cartagena Music Festival Scholarship. In 2017, Mr. Cárdenas received an encouragement award and was a finalist in the Gerda Lissner Foundation Lieder Competition in New York City, as well as the Metropolitan Opera National Council Auditions Encouragement Award for the Illinois district. Mr. Cárdenas performed Tamino last spring in University of Notre Dame’s production of Die Zauberflöte. Carlos was also a fellow at the Atlantic Music Festival during the summer of 2017. The Colombian tenor will play the role of Basilio this summer in the Music Academy of the West in Santa Barbara, California under the baton of James Conlon, and the role of Gustavo in the Spanish Zarzuela “Los Gavilanes” in Teatro Colon in Bogota, Colombia, under the baton of maestro Alejandro Roca. 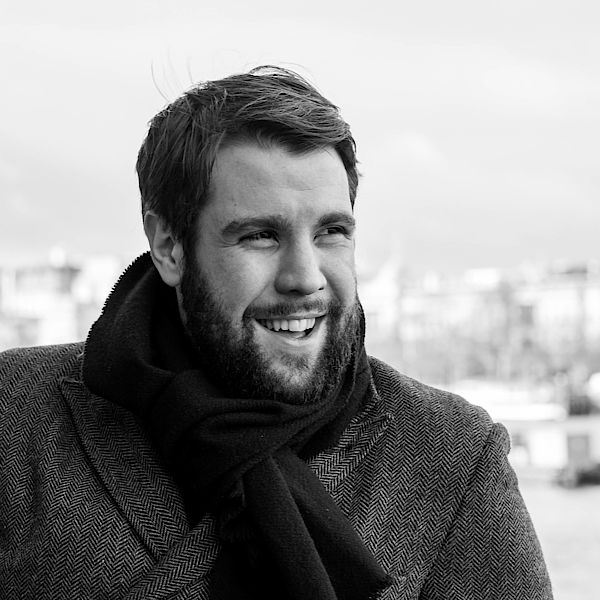