The opera stage is comparable to a iceberg. Only a small portion of the work actually takes place on the stage and is visible to the audience. The majority of the work goes unseen and takes place in the background. The singers study their scores in rehearsal rooms, so too do the musicians. While all the rest of the work is carried out by various other professions to help make a production run smoothly. Every year Tyrolean Festival Erl employs some 45 staff. All the other people involved come to Erl for the respective production. 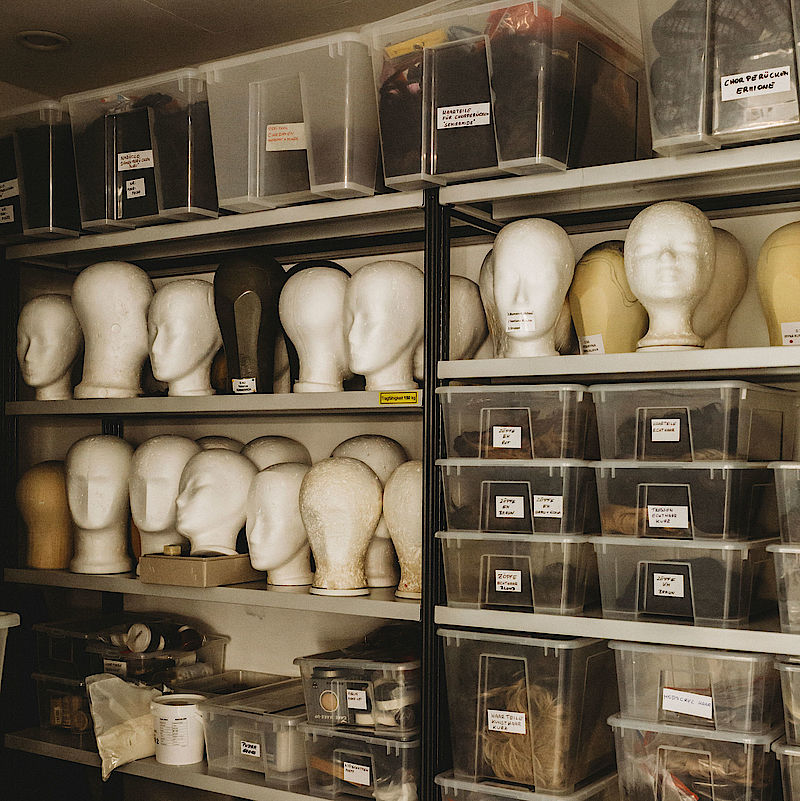 When an opera is re-interpreted, one of the first questions is not just about the casting, it is also about what the new stage design will look like. Costume designers have a decisive role to play, providing a visual implementation of their ideas on the body's of the singers. Costumes have a crucial significance. They not only have to be a part of the design concept, they also – in the truest sense of the word – carry the singer through the piece. Almost all costumes that you see on the stages at Tyrolean Festspiele Erl will be made on site and by hand.

Those making the costumes create elegant dresses, well-fitting suits and imaginative gowns. It all starts with the choice of materials and the design. Then the production begins – several fittings ensure that costumes fit perfectly. On the evening of the performance the soloists are dressed in their dressing rooms. After the performance the costumes are cleaned and prepared for the next show. After the festival the costumes are taken to the costume store until they are to be used again, which may at times even be several years after their premiere.

Our stage technicians ensure the performances run smoothly. These men and women, often clad in black, are experts in their respective professions. They remain almost always invisible to the audience. Their tasks include ensuring a speedy set-up and dismantling of the sets during the festival, so different productions are able to be shown on two successive days. Lots of the sets are made in the in-house workshops and stored behind the stage in between times. Due to the fact that space is always in short supply, since February 2019 the workshops and storage area have been considerably extended.

The hall in the Festspielhaus is designed in such a way that it may be adapted to suit different play situations. Depending on whether it is an opera, a specific instrument or chamber music that will be played, the acoustics in the room change. Wooden sound reflectors that are installed on the ceiling of the Festspielhaus are used for this. Free-standing walls made from Canadian acacia wood also have a crucial role to play in the superb acoustics.